Sharing knowledge is how we all grow

Whether you’re a student, educator or reformer, we’re in this together. Browse by category or check out our latest featured articles below. 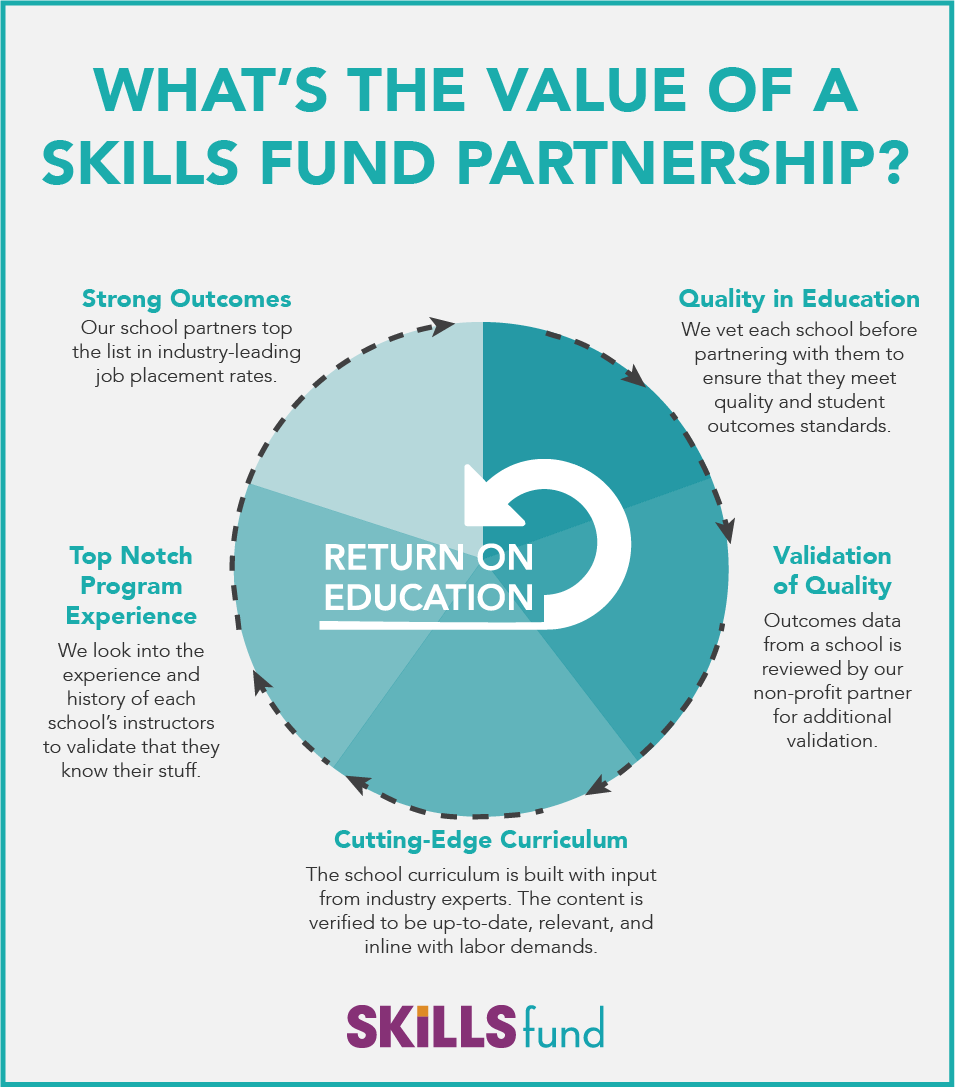 We believe in positive Return on Education, so we don't finance students to attend crappy bootcamps. If a bootcamp isn't completely invested in a student's future - and there aren't provable outcomes - we won't partner with them. 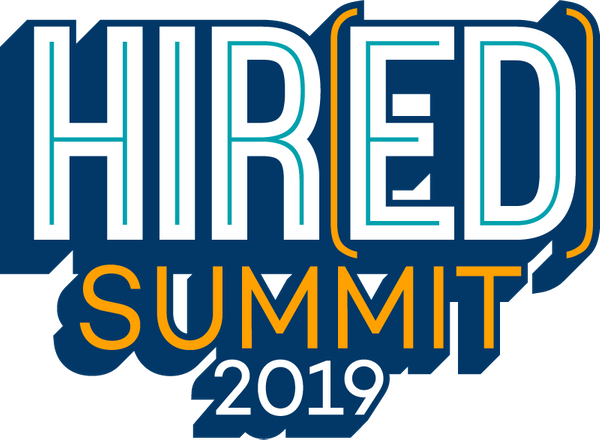 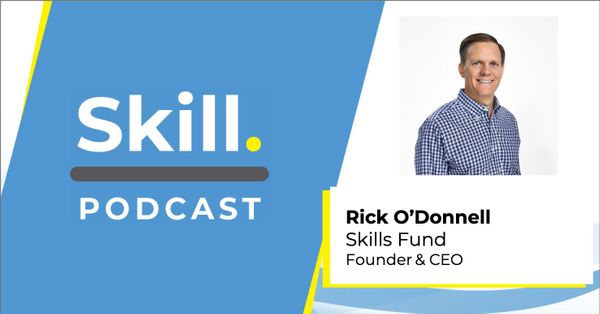 How is technology changing the way we approach our careers and education? Micah Merrick’s podcast, Skill, explores this question each week. On the latest episode, Micah shared a conversation with Skills Fund co-founder, Rick O'Donnell. Check out the podcast below to learn more about the growing bootcamp industry, the... 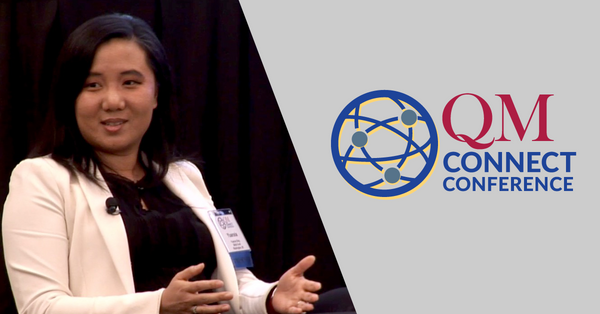 Skills Fund’s Chief Impact Officer, Yuanxia Ding, had the opportunity to speak about quality assurance and the future of outcomes-based education at this year’s QM Connect Conference. Yuanxia sat down with Deb Adair, Quality Matter’s Executive Director, to discuss trends and issues related to evaluating schools and determining student outcomes. 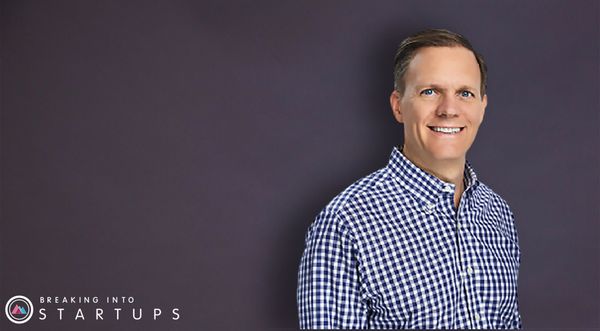 Accessing the Tech Industry: The Breaking Into Startups Podcast

Breaking Into Startups is committed to helping underrepresented populations access and succeed in the tech industry. In a recent podcast episode, the team featured Skills Fund's CEO, Rick O'Donnell. Rick shared his thoughts on career transitions, education financing, and outcomes-driven higher education – check out the episode below! 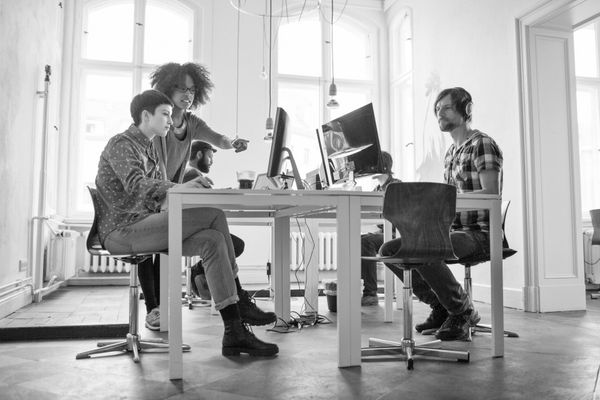 In early March, Skills Fund announced an effort with 15 bootcamps to create a nationally unified set of graduation and job placement standards, via a single, straightforward, and consumer-friendly data table.

In response, more than 45 universities, bootcamps, and employers asked to join the effort. The Council on Integrity in Results Reporting (CIRR) is already up to 31 members — the largest coalition of its kind, ever.

Now with the release of the first set of school outcomes data under these standards, there is an... 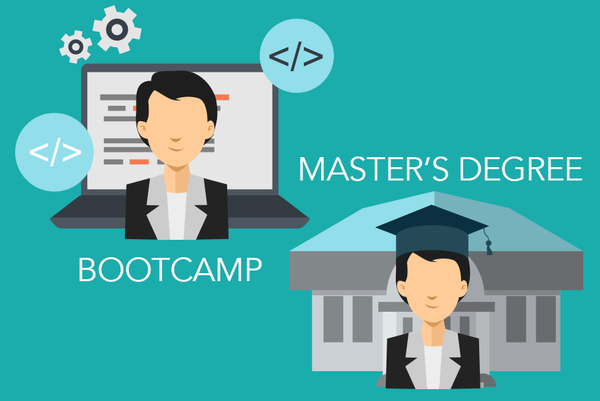 Making the decision to go back to school is a tough one: you're making a commitment of both time and money, and the education you receive will impact the rest of your life. With the rise in accelerated learning programs like coding bootcamps, many students are weighing the pros and cons of swapping out their master's degree for a bootcamp program. Which one should you pick? 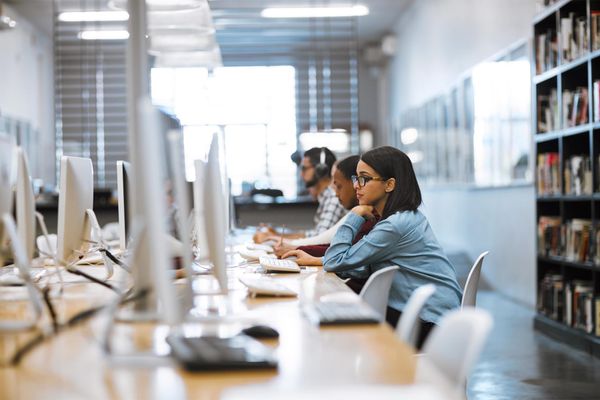 A vast number of Americans are wrestling with how best to gauge the quality and economic returns of a college degree and workforce training credential.

From college freshman citing the likelihood of finding a job as the single most important reason to pursue a degree, to members of Congress exploring the expansion of federal post-secondary funding options for low-income Americans to attend unaccredited job training programs, the question remains of how best to...

Get this: Skills Fund is unlike any other student financing platform. Just look at our mission: We believe in positive Return on Education (RoE), so we partner with schools worth your time and money. If a bootcamp isn't completely invested in a student's future - and there aren't proveable outcomes - we won't partner with them. 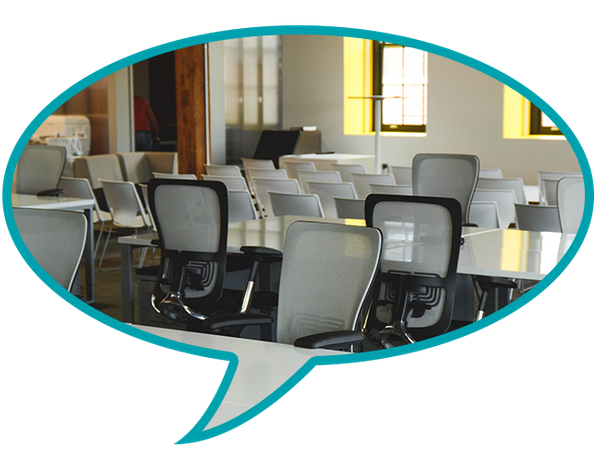 Take a look at the last five years in higher education. After attending college (more than likely a $150,000 hole in your pocket), you’re either (a) going to a middle-of-the-road job with no career advancement in sight, (b) forcing yourself into a back-breaking internship to get where you need to “be”, or (c) realizing that you need to attend another two, four, or even eight years to obtain the “level of education” you need – whether it’s a Doctorate or a... 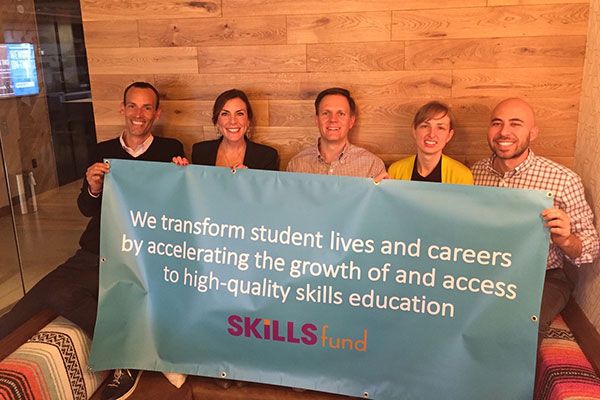 Built In Austin: As we reported last week, 2015 was another year of healthy growth for Austin's digital technology sector. Many young companies matured through new investments or exited in larger deals, making room for new startups to test new products and ideas.

We've carefully selected 50 of them we expect to succeed in the near future and listed them below. They're all less than five years old, and while some of them are already well on their way to... 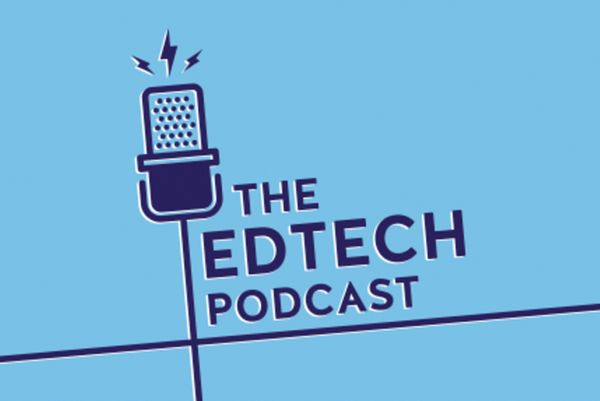 Skills Fund's Founder & CEO, Rick O'Donnell, had the opportunity to speak on The Edtech Podcast about the Skills Fund model and bootcamps as a new form of higher ed. Want to know what's next for Skills Fund? Listen below! 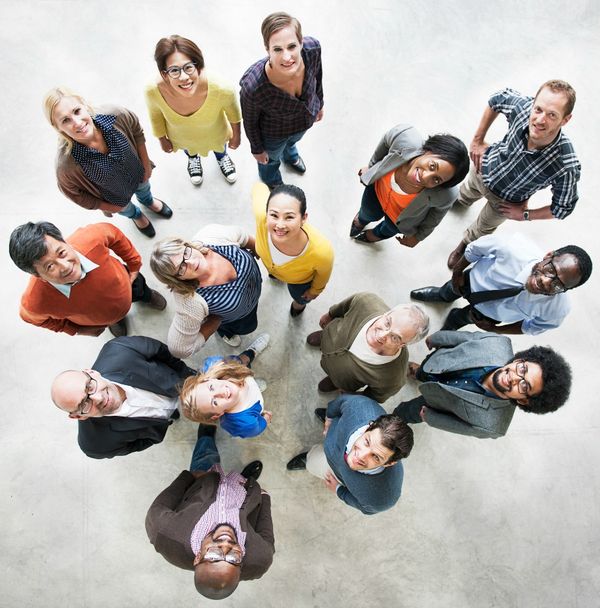 Organic Food to Student Outcomes – a Conflict or Serving the Public Good?

The question: We’ve been asked if it is a conflict of interest for Skills Fund to facilitate efforts to create clear student outcomes reporting standards.

The answer: Is it a conflict of interest for Whole Foods to facilitate a standards setting process to define what organic and sustainable farming means for its supplier base? No.

It is Whole Foods doing well by doing good: helping an entire industry of farmers follow best practices so that consumers are protected (and benefiting Whole Foods' competitors in the process, as competitors source... 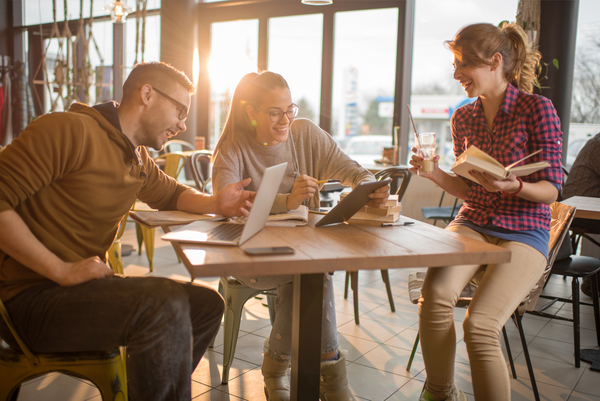 Students: It's Your Turn.

Get this: We're the only lender who provides students with their interest rate, general APR, and monthly payment amounts BEFORE asking them for any information. Why? Because we're not a traditional lending company. For us, this is personal.

Everything we do is students-first. For the past five years, student debt has skyrocketed. The blame gets placed on a number of factors - including greedy colleges, shady lenders, and a lack of financial knowledge. There's no Return on Education. Think about it: when a student doesn't get a good outcome, who is... 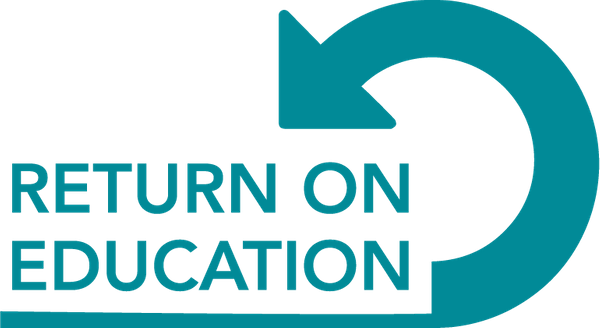 A RETURN ON YOUR EDUCATION

Skills Fund takes our informal motto very seriously: “We partner with schools worth your time and money.” Skills Fund believes that a student’s personal and financial investment in higher ed should lead to a real “Return on Education.”

“Return on Education” is a term we’ve adapted from “Return on Investment”. When a student invests his or her time and money in a program, we want to equate the skills obtained in program with a real return.

We take a new approach to evaluating... 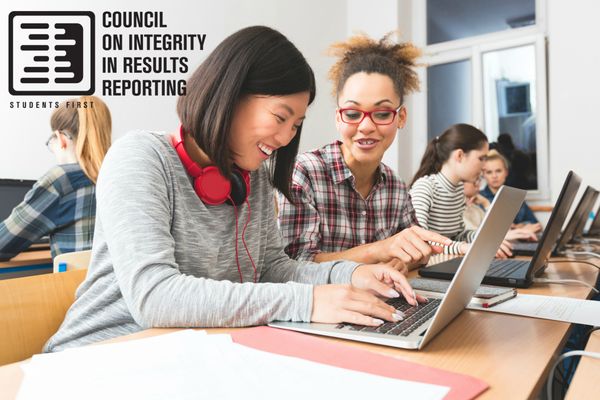 When a coding school advertises a job placement rate of 65% or 80% or 95%, what does that mean? Does that number include every student who graduated? Is it only students hired in full-time coding jobs for which they went to school, or does it include part-time gigs and full-time waiter positions?

Having examined the quality of nearly 200 bootcamps in our quest to ensure we partner with schools worth your time and money, Skills Fund has seen nearly every permutation on outcomes reporting. While there have been a few (very few, thankfully) reported instances of... 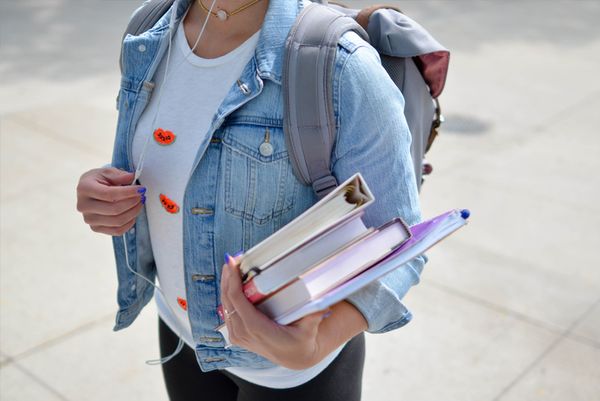 Five Alternatives to a Master's Degree - And How Much They Cost

Whether you're looking to skill up, or you've hit a crossroads in your career and don't know where to turn, turning to higher education may be the answer. If you're not interested in going back to school, and you're still looking for additional opportunities to build your skills, there are a world of alternatives available. Let's dig deep and explore several alternatives to a master's degree program. 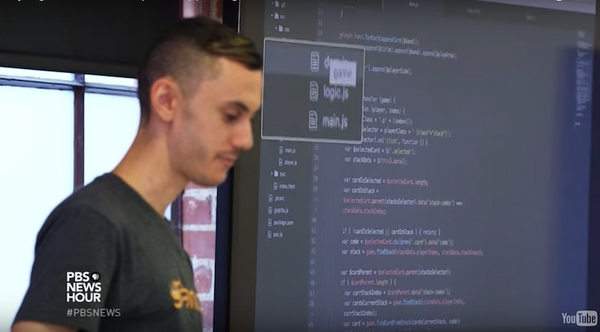 JUDY WOODRUFF: And, tonight, we wrap up our week-long series Rethinking College with a look at students who are choosing cheaper and shorter computer coding training as an alternative to a college degree.

Hari Sreenivasan has our report. 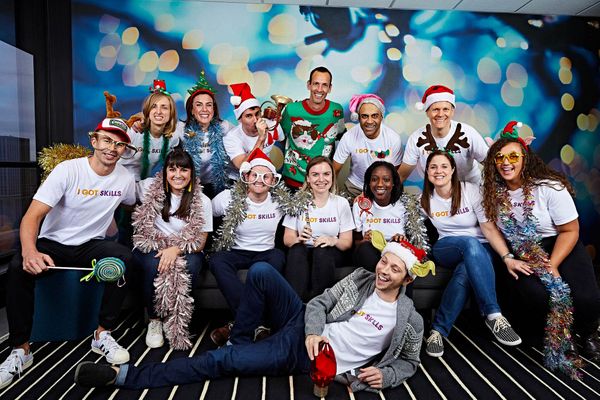 Thinking of All This Holiday Season

As 2017 comes to a close, the Skills Fund team looks back proudly on what we've accomplished with you this year. In partnership with the best skills-training programs in the world, we've equipped more students than ever with an education and funding to fuel a transformed future.

To our partners: We're so proud to be partnered with you, and are grateful for the opportunity to propel student access to your career-changing programs. We can't wait to see where 2018 takes you - whether it's new campuses, new programs, or more. 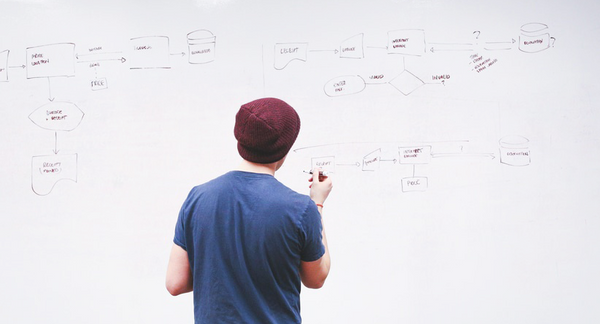 Transparency Is The New Authenticity

Transparency is the new authenticity. And rightfully so. In direct response to a traditional higher ed system that lacks attention to student skills training and post-graduation outcomes, the bootcamp model has expanded rapidly with more than 36,000 graduates since 2012 (according to Course Report’s 2016 Market Sizing Report).

The industry agrees that it’s time to seize and secure a common path forward to provide increased transparency and outcomes reporting.... 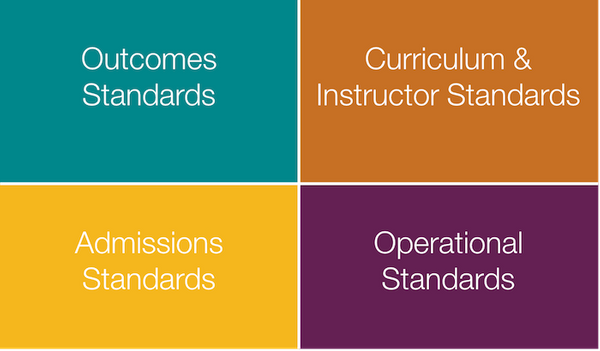 But how do you know what’s crappy or not?

Skills Fund takes our informal motto very seriously: “We don’t finance students to attend crappy programs.” In the last five months, we’ve looked at dozens of bootcamps to determine the high-quality ones from the, well, crappy ones.

We’ve chosen not to partner with about 25% of the schools we’ve looked at. What did we learn as we conducted due diligence and underwrote bootcamp quality? 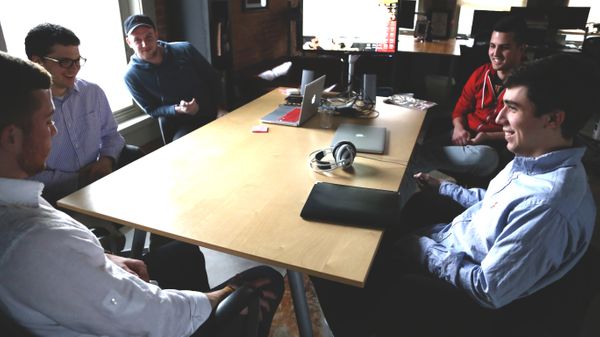 Why Do Bootcamps Work?

You want to revolutionize your education and define your financial future. You’ve narrowed it down: there's a booming demand for jobs in web development, data science, and cybersecurity. One of the ways you can learn those skills is to attend a four-year college with a six-digit price tag. Alternatively, you can jump into an aggressive and immersive bootcamp that gives you the skills you need, for a tenth of the price tag in just a couple of months.

For the first time in higher education, schools are building curriculum that matches future labor demand while educating students at an...

Take a look at the last five years in higher education. After attending college (more than likely a $150,000 hole in your pocket), you’re either (a) going to a middle-of-the-road job with no career advancement in sight, (b) forcing yourself into a back-breaking internship to get where you need to “be”, or (c) realizing that you need to attend another two, four, or even eight years to obtain the “level of education” you need – whether it’s a Doctorate or a... 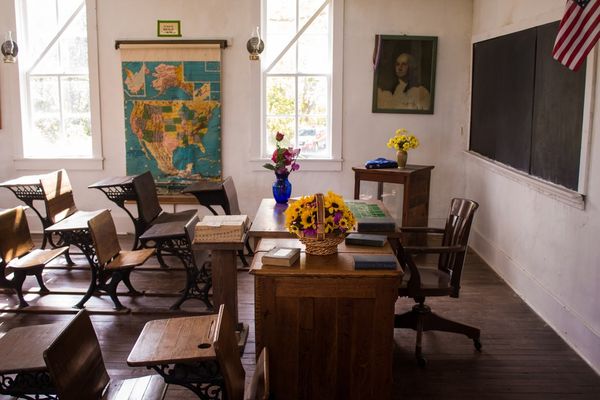 From Ed to Tech: How I Prepared for a Career in Web Development While Teaching Full-Time

Coding bootcamp enrollment has exploded, seeing a tenfold increase since 2013. With over 20,000 graduates in 2018 alone, coding bootcamps are continuing to see record growth. Why? According to Course Report, a majority of bootcamp grads have found new jobs in under 3 months and have seen a pay bump of $21,000. With an average price tag of $11,900 and roughly 3-4 months of coursework, it’s easy to see why bootcamps are an increasingly popular alternative to undergraduate and graduate degrees. 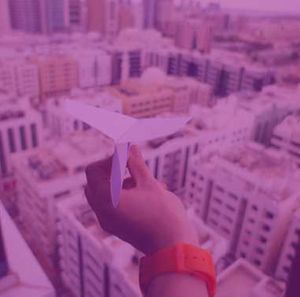 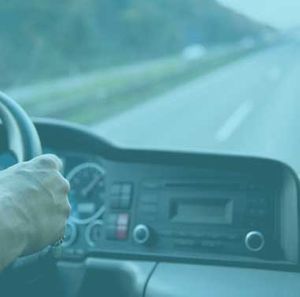 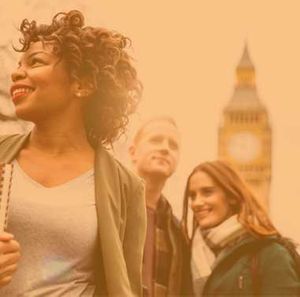 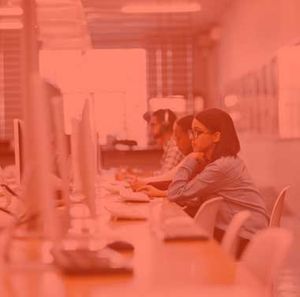 The Lender Who Puts You - the Student - First

3 Ways to Predict Your Income After a Bootcamp